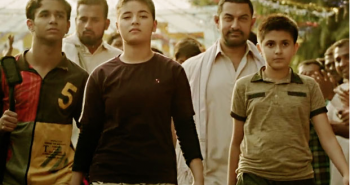 Aamir Khan’s Dangal has created havoc at the box office and ended the last year with a bang!. While the sports drama has crossed Rs 400-crore mark worldwide. The film has collected Rs 141.60 crore from the overseas market. It has also garnered Rs 270.47 crore in the domestic market, taking the total worldwide collection to Rs 412.07 crore. The film is into its second week and is smashing several records at the box office.

The Nitesh Tiwari film has been smashing all records and has attained yet another feat by clocking Rs 22.72 crore on its second Saturday.

The film is the second biggest hit of the year, currently lagging behind by Salman Khan starrer ‘Sultan’.

Aamir Khan’s Dangal has an impressive opening in US, Canada

Aamir reveals why Rajinikanth did not dub for ‘Dangal’