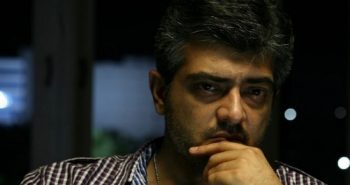 For a while now, ‘Thala’ Ajith’s appearance for his upcoming film, Viswasam, slated for a Pongal 2019 release date, has been quite a subject of discussion among his fans.

Being directed by Siva under the Sathya Jyothi Films banner with music by D. Imman, Viswasam has an ensemble star cast featuring names such as Thambi Ramaiah, Vivek, Kovai Sarala, Yogi Babu, Ramesh Tilak, Robo Shankar, Bose Venkat among others.

Based on his latest getup, it appears as though a specific portion of the film could include flashbacks or be set in the future.