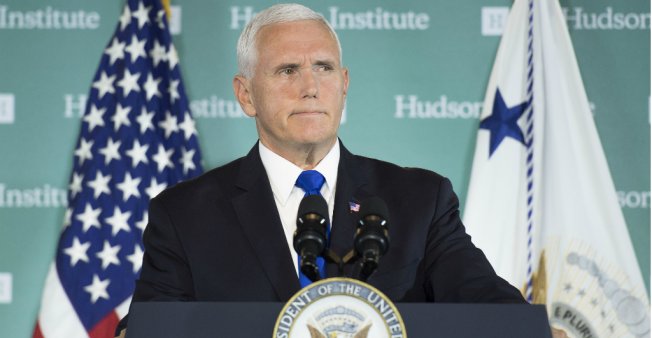 WASHINGTON: Donald Trump “will not back down” to the challenge, Mike Pence said. He added that China “wants a different American president” and that the nation “is meddling in America’s democracy” ahead of the midterm elections

Vice President Mike Pence on Thursday issued a broad indictment of the methods behind China’s rise to becoming a major economic power, asserting in a sharply critical speech that Beijing has sought to undermine U.S. interests across the globe – and to undermine President Donald Trump in the midterm elections.

Speaking at the conservative Hudson Institute, Pence accused China of using trade, diplomatic overtures and military expansion to spread its influence, and he called on American business leaders, academic scholars and journalists to counter Beijing’s campaign.