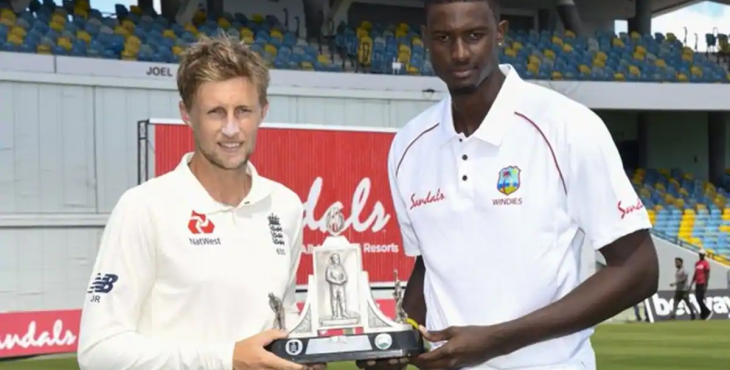 England won the 3- match series by winning their third test with a large margin of 269 runs . initially in the first innings England’s Ollie pope and Jos Buttler made a good partnership and made England to achieve the score of 369 in their first innings . followed by the chase from west indies side, Stuart broad strikes with his bowling attack with the bowling figures of 6/31 (14) restricted their batting line up with the minimum support from windies captain Jason holder 46 (82) along with Shane Dowrich 37 (63) to 197 with all wickets removed .

After starting their second innings with sparkling strike of opening batsman Rory burns 90(163) and captain Joe Root with the score of 68*(56) of 226/2 England declared their innings, which sets the challenging target of 399 for west indies side. England’s pacers Chris Woakes 5/50 (11) and Stuart broad 4/36 ( 8.1) scalped Windies batting lineup by restricting them to 129 which clinches a winning title for England with their dominating performances in three match series with 2-1 . with his stunning performance Stuart broad was selected as player of the match as well as player of series