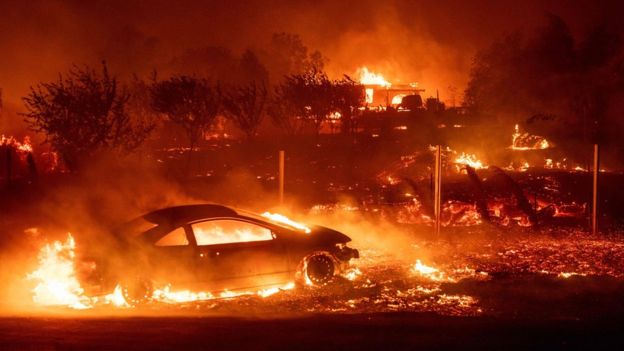 California: Five people were killed in the wildest fire in North America. More than a million people have left homes to save lives.

Many houses burned fire. Cars and trucks were burned in the middle of the fire. The 110 square miles of grass washed in the forest fire spread many places.

About 2,000 buildings have been reported damaged by the fire. The area of Paradise was severely damaged. The fire is rapidly spreading because of heavy winds. Hundreds of firefighters are trying to control the fire.