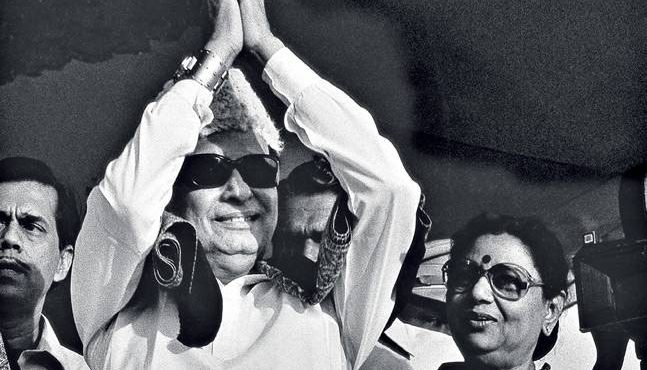 Marudur Gopalan Ramachandran popularly known as ‘M.G.R’ was an Indian actor, filmmaker and politician who served as the Chief Minister of Tamil Nadu for ten years between 1977 and 1987.

He was popularly known as “Makkal Thilagam” (People’s King) as he was popular with the masses.He was a philanthropist and a humanitarian icon.