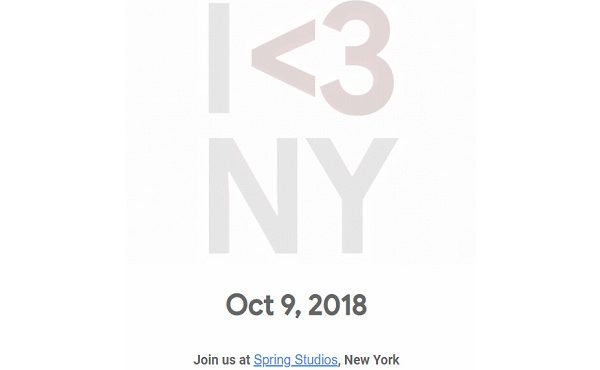 After much anticipation, Google has now formally confirmed that it is set to host its next hardware event on October 9. The search giant has sent out invites to the media for the event that is scheduled in New York City

Notably, the forthcoming event is not in line with the last two hardware events by the Android maker that were held in San Francisco instead of New York City and on October 4 unlike October 9. In addition to the Pixel 3 models, the event is likely to be the venue where Google could unveil its new Pixelbook offering.

Google is likely to bring a Google Assistant-powered Smart Display to take on Amazon Echo Show and Echo Spot. Likewise, we can expect the arrival of an upgrade of the Pixel Buds headphones as well as the Pixelbook 2. The company could also bring a new iteration of its Chromecast to compete against the likes of the Amazon Fire TV Stick.