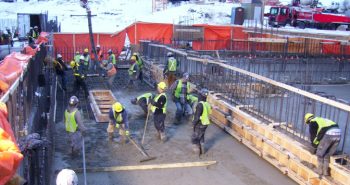 On the wee hours of Thursday fire broke out early and five labourers were killed at a saree godown in Uruli Devachi which is about 20 km from Pune city.The incident occurred a little after 4 a. m., said fire brigade officials, who described the likely cause of the blaze to a short circuit. One person who died was from Maharashtra’s Latur district while four of the deceased hailed from Rajasthan. They have been identified as Rakesh Riyad (22), Rakesh Meghwal, Dharmaram Vadiyasar and Suraj Sharma (all aged 25) belonging to Rajasthan, and Dheeraj Chandak (aged 23) whose native town was in Latur. “The labourers died due to asphyxiation within minutes of the blaze. As they had no place else to live, they used to sleep inside the 6,000-sq. ft. godown itself, which in turn used to be locked from the outside by the owners to preclude any thefts. When we retrieved their bodies, some of them had been burnt as well,” said a police official, adding that further investigations were on. Five fire tenders were immediately rushed to the spot .“We received a call at the control room at around 4.15 a. m. following which five fire tenders were immediately rushed to the spot. In addition, eight-ten water tankers, too, were rushed to the spot where they reached a little after 4:30 a.m. There were billows of smoke emanating from the godown shutter. The shop was locked from the outside,” said a fire brigade official, remarking that the intensity of the inferno was such that it could be brought under control only after more than four hours of firefighting. The rescue team team broke into the godown using windows in the rear but could not save the labourers who had died by then.

6 workers dead after fire breaks out at Pune bakery