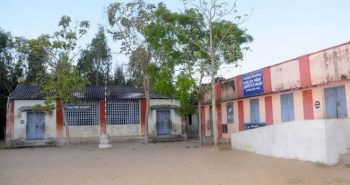 In channarayapatna taluk a government higher primary school which was closed last year is now opened. For the current academic year school will be re-opened as six children have enrolled themselves and many more are expected to join soon. As there were no students and the teachers were transferred out The Department of Public Instruction(DPI) took the decision to close the school. Many private schools that were close to the village had been preferred by the parents.However, about three months ago, a few village residents, began efforts to reopen it. They urged parents to send their children to school by visiting all families in Baralu and neighbouring villages. “The villagers have also come forward to contribute money towards salary of two more teachers,” said S.T. Savithramma, a social worker who worked hard to reopen the school.The villagers conducted a summer camp for children under the banner of Kalpataru Rural Development and Training Organisation. “On May 6 alone, six children enrolled in the school. Many more are expected to join. Many parents have decided to cancel their children’s admission in private schools. Farmers send their children to private schools and spend a lot on the education. This is one of the factors that make the farming community debt-ridden,” she said. Villagers have pinned their hopes to increase their strength to 40 this year.“This school is an old one and old students have come forward to contribute funds and material. We are planning to hire a dance teacher and organise a spoken English camp for the students well before the regular classes start,” Savithramma said.