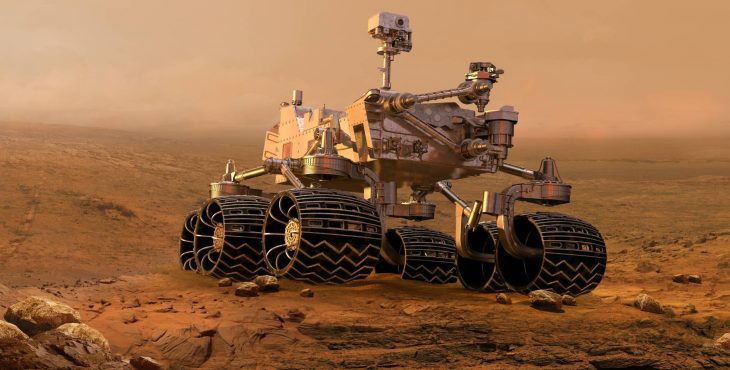 After the successful launch of space crew dragon by sending astronauts to outer space station in the space, NASA is all set to launch it’s Mars 2020 Perseverance rover at 7.50 am EDT ( 5.20 pm IST) today (July 30), Thursday on a United launch Alliance Atlas V Rocket from the space launch complex 41 at cape Canaveral Air Force station in Florida. Live coverage of this historic launch will take place at 7.00 am EDT (4.30 pm IST) on NASA Television and the agency’s website. the live coverage will be available from this link https://www.nasa.gov/nasalive

The launch of NASA perseverance is well planned to understand the geology, climate of Mars and to examine the signs of ancient life on the red planet and to explore the life requirements present in there or not . this mission will use the robotic scientist, which weighs almost under 2,300 pounds ( Kilograms) and it will look like a miniature version of car in it’s appearance to collect and store the set of rock and soil samples which could help to analyze and improve the future projects to the red planet will also test new technologies to benefit future robotic and human exploration of Mars.NASA’s jet propulsion laboratory, managed by Caltech in Southern California, built the perseverance rover and will handle the mission operations for NASA. NASA have also decided to project the first woman and next man to the Moon by 2024 and will help to send humans to the red planet followed with this rover mission. NASA will found a sustained human presence on and around moon by 2028 through NASA’s Artemis Program.

Due to this pandemic situation of corona virus media participation in news conferences will be remote and only limited number of media , who have already been allowed will be accommodated at Kennedy. Any questions regarding the launch of NASA Mars 2020 perseverance can be asked through social media platforms with the hashtag #countdowntomars.

After the launch of perseverance rover at 7.50 am EDT ( 5.20 pm IST) Post launch press conference will be on 11.30 am EDT (9.00 pm IST). Followed by this successful event of NASA mars perseverance rover launch , NASA will hold an astronaut crew conference on Friday, July 31, featuring the crew of SpaceX’s Demo -2 test flight- Bob Behnken and Doug Hurley with their return plan to earth this weekend. This press conference will begin at 10.45 am EDT ( 8.15 pm IST) with astronauts working in the international space station on the outer space . the Demo-2 crew are scheduled to return to earth on Sunday, August 2, on the coast of Florida, with supportive weather conditions, NASA and SpaceX are keen on checking weather conditions from the tropical storm in the Atlantic ocean

Could you design a toilet which works in Outer space for NASA ?