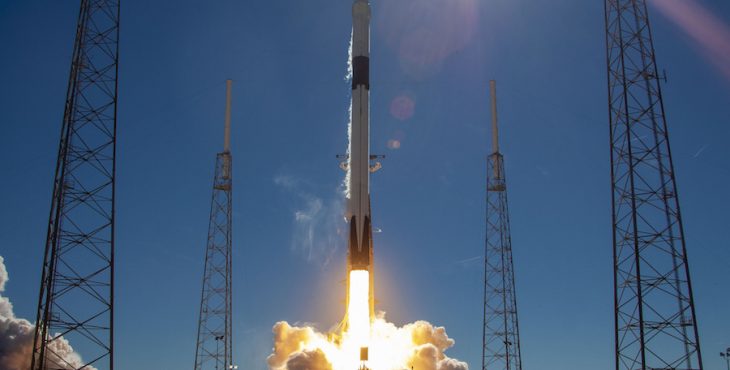 NASA and Spacex have entered to a big day of creating history by transmitting Humans to International space station with the US based private spacecraft sector ‘Spacex’ , Spacex is started at 2002, by the well known trendsetter in electric vehicle TESLA and also the entrepreneur of spacecraft industry. Usually NASA used to buy Russia’s Soyuz Rockets for the Space journey with veteran crew members. This launch is so special to US as they use rockets made out in their own soil .

The Crew Dragon capsule and falcon 9 rocket are the spacecraft and ignition rockets manufactured by Spacex, the launch is planned to occur on may 30, 3.22 PM which is 1.00 AM of 31 may, after the postponement due to teh bad weather conditions. Crew dragon and rockets have ungergone several test and got some failures in between the assessment of spacecraft during the test . despite of failures , it has succeeded with best performance and sent to outer space without humans last year.

Bob Behnken and Doug Hurley are the two astronauts of NASA who joins the crew dragon spacecraft as a crew member. spacex have been worked fro six years to get a well structured and efficient launch of crew dragon . this the first humans transit activity to space orbit from same countries spacecraft and crew members since 2011, As space shuttle was terminated in the year of 2011.

crew dragon is to be launched at kennedy space center in Cape canaveral , Florida, in a 39A which seen space shuttle and Saturn V rockets that sent astronauts in to space. To make this event more special , US President donald trump have planned to show his Appearance to join the proud moment of Crew dragon launch.

if all stick to the plan, the falcon 9 rocket will release the crew dragon into the lower atmosphere of earth. next 19 hours after the release, the crew dragon will make orbit around the planet. the docking has faced problems in docking to the ISS with the arm . But, this crew dragon has the automatic docking system too make docking easier. According to the plan , docking is to takes place at 10.29 AM ET on may 31.

Once the Crew Dragon’s hatch is opened, Behnken and Hurley will join NASA astronaut Chris Cassidy and Russian cosmonauts Anatoly Ivanishin and Ivan Vagner on the ISS. Hurley said Cassidy recently sent them an email about their impending reunion in space. Behnken and hurley were supposed to be only for few weeks but , About six months ago, NASA decided to extend Behnken and Hurley’s stay on board in order to maintain a bigger crew on the ISS.

the tiny thrusters embeded inside the outer wall of crew dragon called SuperDraco Engines .These thrusters are designed to ignite during flight in case something goes wrong. The SuperDracos can carry the Crew Dragon up and away from a malfunctioning rocket, and once far enough away, the crew dragon’s parachutes can deploy, lowering the vehicle down into the Atlantic Ocean.

even Now, the weather condition makes the launch at may 30 having 50% of chance of launch due to bad weather, there is another alternate launch is planned on may 31, if this skips again.

After the return of astronauts from crew dragon to earth,it’ll be time to start making these kinds of trips routine — which is what the Commercial Crew Program is all about. SpaceX and NASA will exploit the data gathered during this test flight and use that information to certify the Crew Dragon for regular flights to the ISS.

Could you design a toilet which works in Outer space for NASA ?