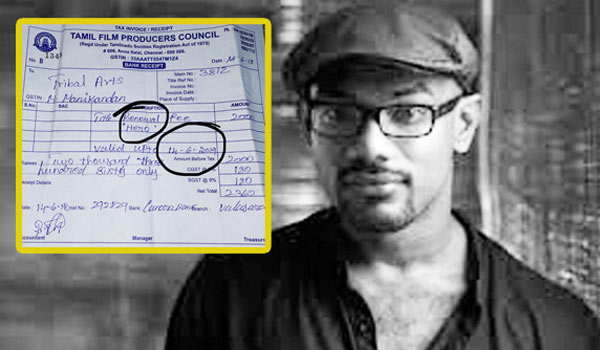 Anand Annamalai is the director of the new film, he’s opposed Sivakarthikeyan movie title. He said “I’ve got awards and awards for Kaaka muttai film. I am writing a script with Manikandan in the crime scene”. Currently I am directing Vijay Devarakonda’s movie.

We plan to start film shooting next month. We have registered the title of Hero for a film in the Producer Association a year ago.