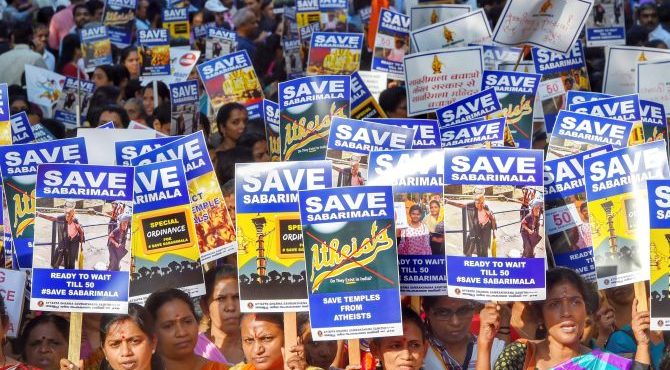 The Communists are on a rampage in Kerala – from defiling the sacred Sabarimala shrine, to brutally assaulting and stoning Ayyappa devotees, stoking communal tension and now attacking homes of BJP and RSS leaders.

The world has got rid of the Communists. West Bengal and Tripura have dumped them. Kerala and JNU are the only two places where they still exist.

BJP state leader Adv. Nivedita was arrested by police in midnight and remanded for 14 days, for leading a protest to save kerala from communists.