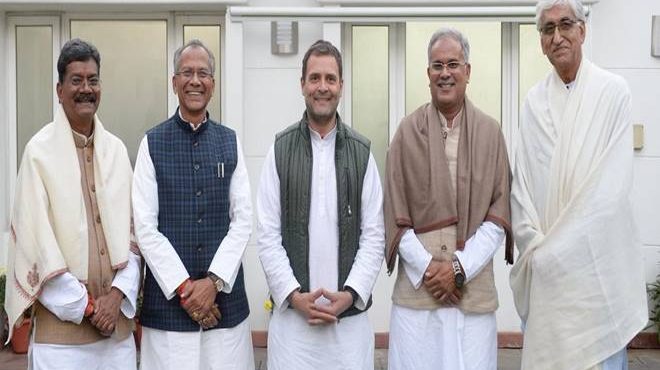 In the three states of Madhya Pradesh, Rajasthan and Chhattisgarh, the Congress chiefministers are appointed today. In these three cases, Congress leader Rahul Gandhi is participating meeting today.

Chhattisgarh Chief Minister Bhupesh Baghel will take place at 5 pm in Raipur. After a long consultation, his name was announced yesterday. Apart from the chief minister, other ministers will be sworn in on another day.