US launches campaign to erode support for Iran’s leaders 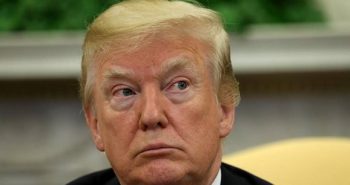 The current and former officials said the campaign paints Iranian leaders in a harsh light, at times using information that is exaggerated or contradicts other official pronouncements, including comments by previous administrations

Iran is the subject of four of the top five items on the website’s “Countering Violent Extremism” section. They include headlines such as “This Iranian airline helps spread violence and terror.”

Washington has long called Iran the world’s leading “state sponsor of terrorism” because Tehran arms and funds proxy militant groups like Lebanese Hezbollah. Iranian leaders urge the destruction of the United States and Israel, and Iranian proxies have killed hundreds of US soldiers and diplomats since the Islamic Revolution.