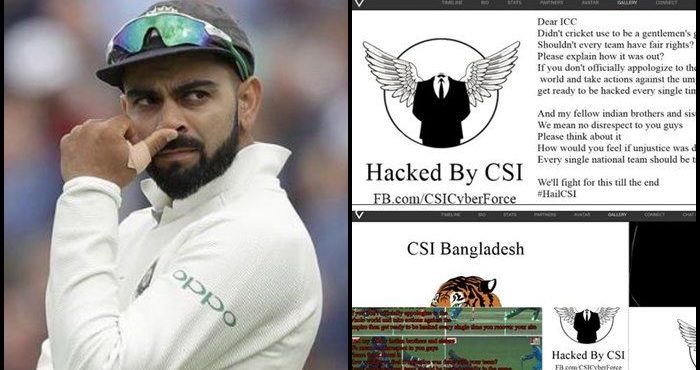 The primary reason for hacking the skipper’s website was due to Liton Das’ dismissal which did not go in Bangladesh’s favour.
On-field umpire Rod Tucker had given out for Das’ dismissal as MS Dhoni stumped him off Kuldeep Yadav’s bowling, but that made Bangla fans unhappy as there was no evidence of foot behind the line.

The CSI hacked the ‘Gallery’ section of Kohli’s website, with a message which read, “Dear ICC, Didn’t Cricket use to be a gentlemen’s game? Shouldn’t every team have fair rights? Please explain how it was out? If you don’t officially apologize to the whole world and take actions against the umpire then get ready to be hacked every single time you recover the site.”