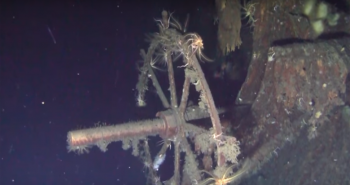 The wreckage of a Russian warship, that was sunk in 1905, has been discovered by some divers off the Ulleungdo island off South Korea

According to a report in the South China Morning Post, the ship is still believed to contain around 5,500 boxes containing gold bars. The estimated cost of the gold bars in the ship is $133 billion.

The ship wreck was discovered by the divers at a depth of more than 430 metres. The team searching for the wreck for past several years comprise members from South Korea, China, Britain and Canada, said the report.