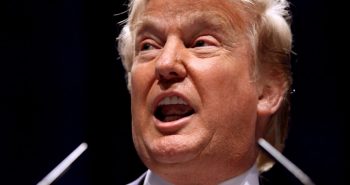 According to the Washington Post on on Friday, the attorney revealed the data during a hearing in a lawsuit filed on behalf of two Yemeni brothers who arrived last Saturday at an Dulles airport near Washington D.C. but were sent back to Ethiopia due to the controversial order issued.

“The number 100,000 sucked the air out of my lungs,” Xinhua news agency quoted Simon Sandoval-Moshenberg of the Legal Aid Justice Center, who represents the brothers. For people like the Yemeni brothers, the US administration appears to be attempting a case-by-case reprieve. They and other plaintiffs in lawsuits around the US are being offered new visas and the opportunity to come to the US in exchange for dropping their suits.

White House spokesman Sean Spicer, when asked about the case during his daily briefing, said he had no information about it. The White House has downplayed the order’s effects on people in transit after chaos and protests erupted at airports around the country last Friday.

Under the executive order Trump signed on January 27, refugees from all over the world will be suspended US entry for 120 days while all immigration from so-called “countries with terrorism concerns” will be suspended for 90 days.

Countries included in the ban are Iraq, Syria, Iran, Sudan, Libya, Somalia and Yemen. Last Sunday, thousands of protesters rallied before the White House, at more than 30 US airports and in big cities including Boston, Philadelphia, Atlanta, Los Angeles, Seattle and Chicago.