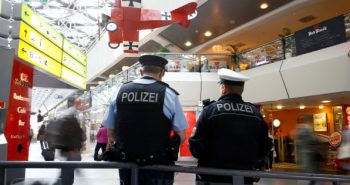 A 12-year-old boy is alleged to have attempted to detonate a homemade nail bomb at a Christmas market in Germany, officials said Friday.

The device – a glass jar filled with a combustible powder and nails – was destroyed by a police bomb squad after being found in the western city of Ludwigshafen.

Stefan Biehl, from the federal prosecution service, which handles terrorism cases, said: ‘I can confirm that we have started an investigation based on the discovery of a nail bomb in Ludwigshafen.’

The boy holds dual German and Iraqi citizenship, was guided by a member of the Islamic State terrorist organization.

According to reports, the boy has made a number of attempts at detonating the device on different occasions. The explosive device is said to have contained materials from fireworks and sparklers and was not capable of exploding.

Officials say it is not clear whether or not the home-made bombs could have exploded.