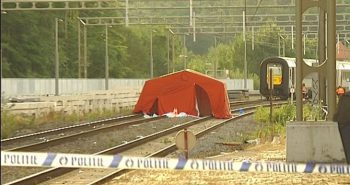 On Friday it was all gloom at Tilakwadi locality after a 19 year-old-girl  committed suicide near the railway gate under Tilakwadi police limits.  A resident of Tilakwadi identified as Sanjana Chandrakant Angolkar committed suicide in a strange way.  She first doused herself with liquid fuel ,set herself ablaze and then jumped in front of the train.   She lost her life on the spot.It is with the help of text/notebooks found in a hanbag near the body , was the body identified.  The deceased was a Belagavi based private polytechnic  first year college student.  The police said The Hubballi –Miraj  passenger was approaching the Belagavi Railway station when the incident happened.  Later the body was shifted to the Belagavi  Institute of Medical Sciences Hospital.  The police then searched for clue.  The police recovered  a note from her bag where she has stated that she was upset with serious health issues prompting her to end her life.