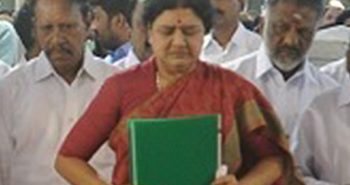 Sasikala the current general secretary of AIADMK, has been released from the foreign investment case on the 1990’s, now the branch of Madurai high court said that release will be cancelled and sasikala have to face the case again. Already she’s sticking in the web of asserts case and the judgement date is near for that, in this situation another 20 year old case returned from her past to pay a visit to her.

In 1996 she went to prison for the foreign investment case and she appealed for release and she has been released from 3 cases, so thus case again taken to the Madurai court and after the investigation itself they have given the order which is mentioned above.