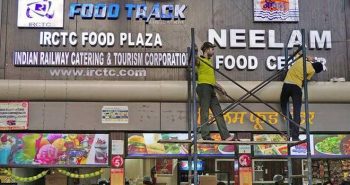 A letter from Railway Minister Suresh Prabhu was sent to all the Zones of the Indian Railways.  He wrote“Although we enjoy the highest captive eyeballs in a railway system internationally, we earn less than 5% of our revenue through non-tariff sources. Many of the world railway systems generate 10 to 20% of their revenues from non-tariff sources.” In another five years Railways would undertake other activities that yield revenue.  It has asked other Zones to come up with more ideas to raise earnings.  The Western Railway seems to be a step ahead, having already submitted a proposal to IR subsidiary, Indian Railway Catering and Tourism Corporation, to construct and run food plazas at railway stations.  “Within the next six months, we will have food plazas at a few railway stations,” says Saurabh Prasad, Additional Divisional Railway Manager, WR.  “The food quality will be of higher grade and hygiene will be maintained.”Seven locations like churchgate ,dadar ,Andheri ,Bhayender,Vasai road ,vapi and valsad has been identified by western  railway.  Other stations like Palghar,Borivali,Bandra Terminus and Boisar are being examined for viability.  Food plazas will be operational 24 hours a day and it will offer Indian,continental,Chinese and fast food.