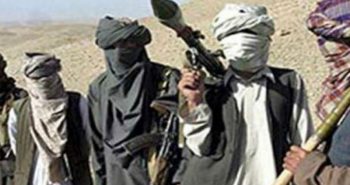 The ministry said in a statement Thursday that the suspects were rounded up in police operations in 21 provinces late on Wednesday.

In addition, the statement said 131 Islamic State group suspects were detained in operations in 13 provinces in the past week.

The operations came a day after the outlawed Kurdistan Workers’ Party, or PKK, claimed an attack against a police station in the southeastern city of Diyarbakir, which was carried out with a ton of explosives planted inside a tunnel dug by rebels.

Turkey has been rocked by a series of deadly attacks by the two groups. The country is holding a referendum on Sunday on expanding the president’s powers.