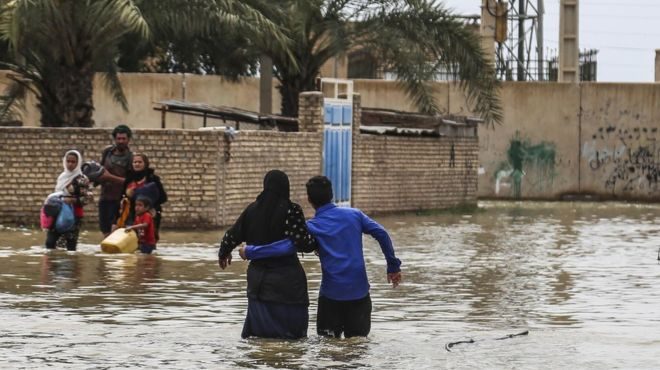 More than 70 villages in Iran have been affected by severe flooding.In the past few weeks, heavy rains have occurred in the south western part of Gujarat.

Hundreds of people have been evacuated in the southwest. Red warning has been issued to various areas.