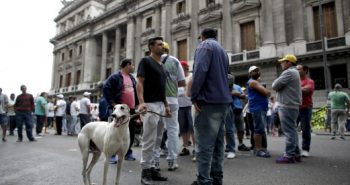 An earthquake of 6.4 magnitude jolted western part of Argentina and some parts of Chile early on Sunday morning. As per recent reports, no immediate reports of damage were reported.

It is the second quake to hit the region in eight days.

The quake’s epicenter was 16 miles (25.75 km) southwest of the Argentine town of San Juan, and about 180 miles (290 km) northeast of Santiago in Chile. The tremor was initially reported as a magnitude 6.7 but was later downgraded.