6 killed, 38 injured in a blast in Pakistan’s Parachinar: report 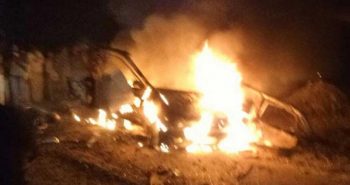 An explosion hit the Pakistani city of Parachinar, in the remote northwestern tribal region, on Friday, killing at least six people and wounding 38, Ikramullah Khan, the local political agent, said.

Earlier this year, at least 21 people were killed when an explosion hit a vegetable market in Parachinar, near the border with Afghanistan.