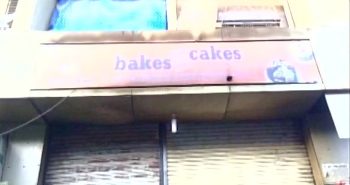 A massive fire broke out at a bakery in Pune in the early hours of Friday morning. Six people are feared dead after a fire broke out at ‘Bakes and Cakes’ bakery in Maharashtra’s Pune. The shop is located near Talab company in Kondhwa Khurd locality.

Six employees had been sleeping inside the shop and died of suffocation as the door was bolted from the outside, reported NDTV.

The fire broke out at a “Bakes and Cakes” outlet. The cause of the fire has not yet been ascertained, but initial investigations suggest that a short circuit might have set it off, reported DNA.