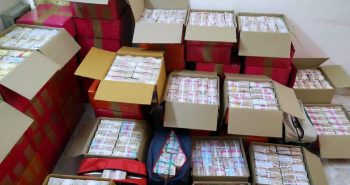 The Income Department claims it has seized over Rs 3,185 crore of undisclosed income has been detected while Rs 86 crore worth new notes have been seized as part of its country-wide operations against black money hoarders post the demonetisation of two high value currencies by the government, PTI reported on Wednesday.

Officials told the news agency that 677 search, search and enquiry operations have been conducted across the country in this time under the provisions of the Income Tax Act since the note ban was declared on November 8, even as the department has issued over 3,100 notices to various entities on charges of tax evasion and hawala-like dealings.