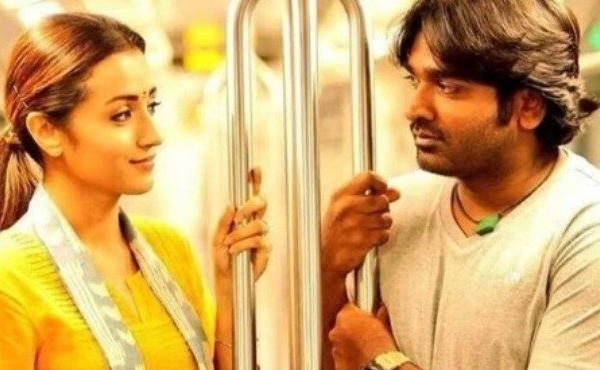 96 is a 2018 Indian Tamil-language romantic drama film that features Vijay Sethupathi and Trisha Krishnan in the lead roles.

It is a situational love-story about a travel-photographer, Ramachandran, who gets nostalgic on rewinding the memories of his childhood sweetheart, Janaki Devi, during a reunion ceremony with his school classmates

The film, which was released in the production of Nandhagopal, received critical acclaim. A Poetic Deleted Scene from 96 Movie Arrives Tomorrow at 6PM !