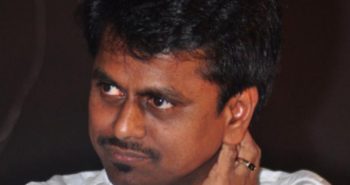 The 64th National Awards have found itself in controversy since the announcement took place few days back. One of the most surprising winners was Akshay Kumar, who won the best actor award for ‘Rustom’ and social media went berserk over the superstar’s maiden win.

The jury of the awards was led by Priyadarshan, who has directed Akshay in numerous films, and this frequent collaboration was attributed for Akshay’s award as they felt that several other performances of the year like Manoj Bajpayee in ‘Aligarh’, Aamir Khan in ‘Dangal’ and Shahid Kapoor in ‘Udta Punjab’ among others were far more deserving.

However, Priyadarshan had defended the ‘biased’ accusation against him by saying that Amitabh Bachchan and Ajay Devgn had also won National Awards when their respective frequent collaborators Ramesh Sippy and Prakash Jha were heads of the panel, but no one questioned it at that time.

One of the few celebrities to have expressed ‘disappointment’ over the awards was ‘Aligarh’ director Hansal Mehta, who later clarified that it was his personal views and not directed against anyone else.

Popular South filmmaker A. R. Murugadoss, who has directed films like ‘Ghajini’, ‘Holiday: A Soldier is Never Off Duty’ and ‘Akira’ in Bollywood and several other hits down South, was very vocal about his views on the awards and took to Twitter to call the jury partial and biased.

Incidentally, Murugadoss had directed Akshay in ‘Holiday: A Solider is Never Off Duty’ which was a hit at the box office.

Coming from Murugadoss, who is a man of few words, the comment does come as a surprise.