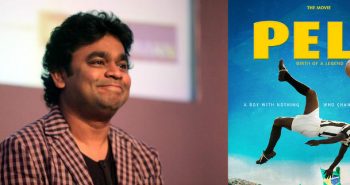 Indian music maestro A.R. Rahman once again at the Academy Awards as his work for “Pele: Birth of a Legend” has found a spot in the list of Oscar contenders for the year. Rahman had registered a double Oscar win for his music Slumdog Millionaire in 2009. This time, his name features in a long list of 145 scores in contention for a nomination in the Original Score category for the 89th Academy Awards.

Ginga, Rahman’s acclaimed number from the 2016 biographical film, is in the Oscar race too. It is part of the 91 songs, which are competing for a spot in the final nominations for the Original Song category.

The initial list of contenders for both the categories were released by the Academy of Motion Picture Arts and Sciences on its official website on Tuesday.

Final nominations for the 89th Academy Awards will be announced on January 24, ahead of the presentation ceremony, which will take place on February 26 at the Dolby Theatre at Hollywood & Highland Center in Hollywood.