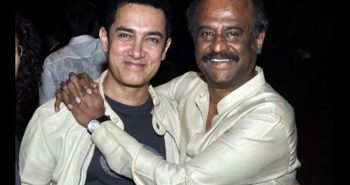 Actor-producer Aamir Khan approached Superstar Rajinikanth to dub for the Tamil version of the forthcoming film “Dangal”, but the latter refused. Now, Aamir has revealed the reason behind it and said that Rajinikanth encouraged Team Dangal ahead of its release and that the Thalaivar “loved” it.

He said he would love to work with Rajinikanth.

The film will be released in Tamil and Telugu on December 23.