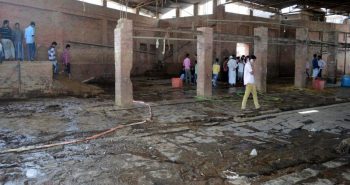 Amid allegations of harassment by ‘anti-Romeo squad’ ordered by Uttar Pradesh Chief Minister Yogi Adityanath, the police chief on Friday issued a letter with fresh guidelines to his force.

According to reports, the Director General of Police Javed Ahmed has set down some ground rules, which include ‘no hair shaving, blackening of face or murga position’ during such drives.

“A lot of women policemen in plainclothes are posted to help the anti-Romeo squads – they should give the correct information about what is objectionable. Treat all those who complain about this at station equally and not on the basis of their identity,” said the letter.

Ahmed also said that there should be no action on those sitting at coffee shops or in parks. “Couples sitting in public places should not be asked for IDs, questioned, frisked or humiliated,” said the letter.

Ahmed also stressed that there should be no discrimination on basis of caste, creed and faith.

Essentially, no private individual or self-appointed groups should go around rounding up young couples or men sitting alone. “The squads will be screened and assessed by officials and briefed by senior policemen before set out each day,” the police chief said.

The drive, which started two weeks ago, was launched to ensure women safety. Despite being warned by the chief minister of not troubling innocent people, the drive is ending up harassing youngsters.

TV visuals have shown young men and couples being humiliated and are seen hiding their face as they were being taken to the police station.

An incident came to light in Rampur district where a boy and her sister were harassed and forcefully taken to the police station. The duo, who had travelled from their village to Rampur to buy medicines, was sitting on the roadside when two cops harassed them in the name of anti-Romeo drive.

The policemen arrested the duo and asked for Rs 5,000 bribe to let them go even after they proved their relationship.