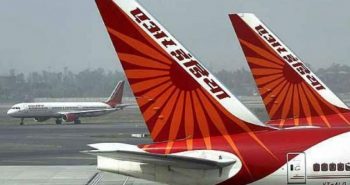 Air India is projected to post an operating profit of Rs 300 crore in the current fiscal and there is no plan to privatise the airline, the government said today.

“The operating losses of the company have been steadily coming down over the past few years and the same have converted into operating profits,” Minister of State for Civil Aviation Jayant Sinha told the Rajya Sabha.

In a written reply, he also said the carrier’s net losses are also reducing gradually on account of the overall improvements in the “operational and financial performance”. As per provisional figures for 2016-17, the airline is projected to see an operating profit of Rs 300 crore and net loss after tax of Rs 3,643 crore.

Last fiscal, Air India had an operating profit of Rs 105 crore and a net loss after tax of Rs 3,836.77 crore. On whether there is any proposal to either disinvest or privatise Air India, the minister replied in the negative.

In a separate written reply, Sinha said various steps are being taken to improve the airline’s revenues. These include introduction of new routes, flash sale of seats, dynamic pricing and introduction of advance purchase fare.

The government’s Turnaround Plan (TAP) or Financial Restructuring Plan (FRP) provides for equity infusion worth Rs 30,231 crore in the airline up to 2021 subject to achieving certain milestones.

To another query, Sinha said that as per records, no request for ‘no objection certificate’ has been received from pilots of B-787 Dreamliner to quit Air India.