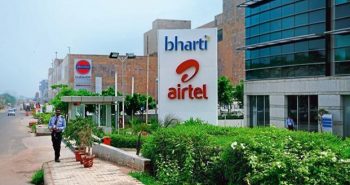 The Airtel Payments Bank became the first payments bank to begin operations in India on Wednesday, rolled out a pilot of its banking services in Rajasthan.

“The pilot is aimed at testing systems and processes ahead of a full scale pan Indian launch,” the company said in a statement.

Airtel Banking points will offer bank account opening services using Aadhaar based e-KYC and cash deposit and withdrawal facilities. Customer, whose Airtel mobile number will be his/her bank account number, will get an interest rate of 7.25% per annum on deposits in savings accounts.

The company added that customers can make free money transfer from Airtel to Airtel numbers within Airtel Bank, and will also get personal accidental insurance of Rs 1 lakh with every savings account.

Airtel Bank does not offer ATM/Debit Card facility, at present and customers can deposit and withdraw.

Airtel Bank’s services can be accessed by Airtel customers on their mobile phones through the Airtel Money app, through USSD by dialing *400#; or via an IVR by dialling 400. Both the USSD & IVR options are available in Hindi and English language and work on simple feature phones as well. Non Airtel customers can access Airtel Bank’s services by dialling 8800688006. Customers can also visit any designated Airtel retail outlet to access services.