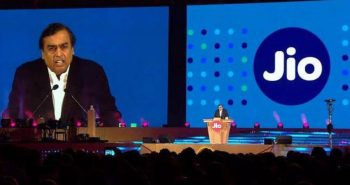 After regulator TRAI nixed its complimentary offer, Reliance Jio has announced a new plan of 1GB 4G data daily for 3 months at Rs 309 for its Prime members but rival Airtel dubbed the offer as a case of “old wine in a new bottle”.

The new plans with benefits for Jio Prime members is aimed at encouraging subscribers to “live the digital life without restrictions”, Jio said in a statement.

“Considering the special benefits that are available to Jio Prime members, customers who were unable to subscribe to Jio Prime for any reason, can continue to do so by paying Rs 408 or Rs 608 (Jio Prime + recharge price) to avail these benefits,” the statement added.

Objecting to the offer, incumbent Bharti Airtel hoped that the “authority (TRAI) will act against this provocative disregard of their direction”.

“… We are surprised to see what Jio is doing. It violates the spirit of the TRAI directive and essentially continues with a similar plan now masquerading under a different name. This is a classic example of old wine in a new bottle,” an Airtel spokesperson said.

Stating that the industry is in a “very weak” position and “continues to bleed”, Airtel said that the financial impact that telcos are seeing does no good to customers, in the long term.

“With a weakened financial position, companies will find it difficult to raise the capital to invest and roll out broadband networks,” Airtel cautioned.

The move by Jio comes within a week of the telecom regulator asking the Mukesh Ambani telecom company to withdraw its contentious three-month ‘complimentary’ offer of unlimited data usage and free calls on payment of a minimum Rs 303.

TRAI, on April 6, had asked Jio to stop the ‘complimentary’ service offer saying it was not in accordance with the regulatory framework. TRAI had said that Jio will be required to roll back the 3-month complimentary offer in “shortest possible time” but clarified that customers who had already subscribed to the said scheme could avail the benefits till June-end.

Earlier this week, telecom operator Vodafone approached TRAI alleging that Jio was inviting last minute subscriptions to its ‘Summer Surprise’ offer despite the regulator finding it in violation of norms.

Jio had, however, countered the charges saying the company had made it amply clear that the complimentary offer would be withdrawn as soon as operationally feasible, and that customers who subscribed prior to discontinuation of the offer, remained eligible.

In a statement here today, Jio said that it has fully withdrawn the Summer Surprise offer following the advice of the telecom regulator.

When contacted, industry association COAI’s director general Rajan Mathews said, “TRAI is the competent authority to determine whether it (the offer unveiled by Jio) is continuation of the old tariff, a new offer or whether it complies with the regulations”.