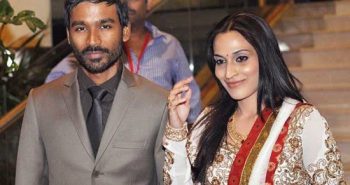 Aishwaryaa Dhanush is all set to launch her autobiography titled Standing on an Apple Box.

On the occasion of superstar Raijnikanth’s birthday, Dec 12,  she had planned to launch her first book. Already pre-order booking was open at Amazon. Aishwarya writes how she had bought up without falling under her father’s super stardom.

“Yes, it’s true I am coming up with my autobiography named Standing on an Apple Box, which is expected to release by the end of this year. This is going to be my debut book and will give the readers a glimpse about my personal life and incidents,” Aishwaryaa said in a statement.

“I’m melancholic by nature. So, there are philosophical musings alongside a personal narrative which has a mix of different emotions, from highs and lows to anger and gratitude,” she added.