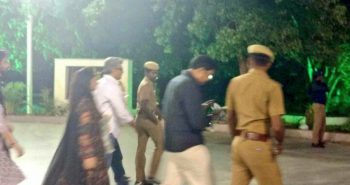 Actor Ajith who is shooting in Bulgaria for his upcoming film directed by Siruthai Siva, Yesterday he expressed his deep condolence message over the death of Tamil Nadu chief minister J Jayalalithaa.

Today, early morning Thala Ajith and Shalini paid their respects to puratchi Thalaivi Amma at marina. Thala Ajith took a break from his Bulgaria shoot and flew down to Chennai  to pay his respects to Amma at her Samadhi.