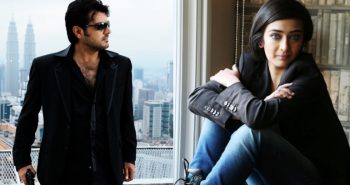 She shares screen space with Ajith in the film, which marks her Tamil acting debut.

Directed by Siva, this untitled film is touted to be a spy thriller and the film unit is busy shooting for a month-long schedule in Bulgaria.

“Apart from Bulgaria, they will also be shooting in some exotic locations across Europe. They are currently shooting some important action sequences,” a source from the film’s unit told IANS.

Produced by Satya Jyothi Films, Thala57 is set to be the highest budget film for Ajith Kumar. Kajal Aggarwal and Akshara Haasan are playing the female leads, while Vivek Oberoi appears as the antagonist and the film has music by Anirudh.