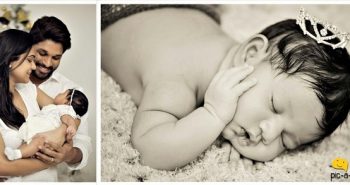 Telugu film star Allu Arjun and his wife Sneha Reddy, who have been married for five years, have named their daughter Arha. The couple also has a two-year-old son named Ayaan.

On his Twitter page on Sunday, Arjun shared the name of his daughter.