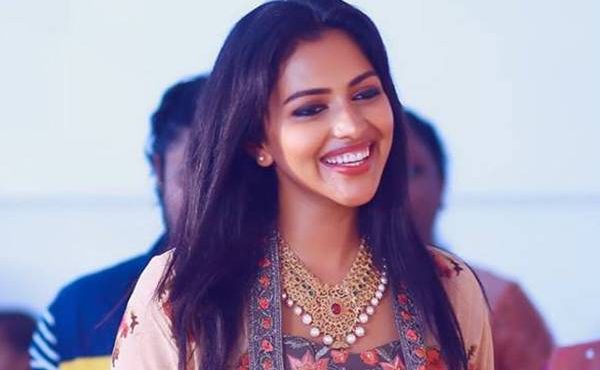 Amala Paul is an Indian film actress who works in the South Indian Film Industry. After appearing in supporting roles in the Malayalam film Neelathamara.

She received critical acclaim for the portrayal of a controversial character in the film Sindhu Samaveli.

Amala gained recognition from several award committees and notably secured the Vijay Award for Best Debut Actress, while also gaining nominations in the Best Actress category at the Filmfare Awards and the Vijay Awards.Today she has celebrated on his 27th birthday

B’day Journal; 26-10-2018 Turned 27 today 😇, waking up at 5 with a big 😁 knowing it's my bday! Soaking up the morning 🌞, cycling my way to the yogashala. A little street fight with the cranky dogs who are too lazy to wake up and hate everyone who does 😜 To much chilling, riding my cycle that got late to the class. Some scolding from my super amazing yoga teacher Christina (she is very strict 😧) Breathing in happiness and breathing out all that is unwanted which stops me from evolving as a better, brave human 💚 definitely the bestest way to start off the birthday. 🎂💃 Thank you friends for your kind wishes and making my life full of love and appreciations. Loads and loads of love to all. XOXOXO ❣️