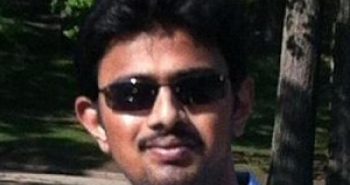 The United States Embassy on Friday strongly condemned the shooting in Kansas resulting in the tragic death of Indian engineer Srinivas Kuchibhotla, and assured that justice will be delivered and the federal authorities are investigating the case.

“We extend our heartfelt condolences to the family and friends of Mr. Kuchibhotla. We share their grief, and wish a full and speedy recovery to those who were injured. We have reached out to Indian consular officials to offer full support as they assist the victims,” the Embassy said in a statement.

Expressing full faith in the U.S. legal authorities for bringing the case to justice, the Embassy further said that the shooter is expected to be prosecuted for the crime.

Charge d’Affaires MaryKay Carlson stated that the United States is a nation of immigrants and welcomes people from across the world to visit, work, study, and live.

“U.S. authorities will investigate thoroughly and prosecute the case, though we recognize that justice is small consolation to families in grief,” she added.

Meanwhile, External Affairs Minister Sushma Swaraj has assured that India would undertake all arrangements to transport the mortal remains of the former to Hyderabad.

“We will make all arrangements to transport the mortal remains of Srinivas Kuchibhotla to Hyderabad, she said in a tweet.

Swaraj spoke to the father and brother of Kuchibhotla and conveyed her condolences to the bereaved family.

“I am shocked at the shooting incident in Kansas in which Srinivas Kuchibhotla has been killed. My heartfelt condolences to bereaved family. We will provide all help and assistance to the bereaved family.” Sushma tweeted.

MEA’s official spokesperson Vikas Swarup further said that they will be in touch with the local police officials to ascertain more details of the incident and monitor follow up action.

“The deceased and the injured persons are from Hyderabad and Warangal, and have been working at Garmin in Olathe (Kansas),” Swarup said.

According to local U.S. media, the gunman, Adam Purinton, 51 who is a Navy veteran, was arrested after he allegedly blasted off several rounds of fire on Thursday.

“We’re saddened that two Garmin associates were involved in last night’s incident, and we express our condolences to the family and friends of our co-workers involved. Garmin will have grievance counselors on-site and available for its associates today and tomorrow,” said a statement released by Garmin International.

At least one witness has claimed that Purtinton yelled ‘get out of my country’ and also heard him screaming racial slurs before opening fire.

According to reports, Kuchibhotla died at a local hospital and Madasani and another injured man were hospitalized.

Local U.S. media reports said that Purinton came back after he was asked to leave the bar for shouting racial slurs and opened fire on the people.

He was reportedly taken into custody by the police at Applebee’s in Clinton, Missouri, about 82 miles southeast of Olathe.

Purinton was working as desktop support specialist for an information technology company in the Kansas City area.

He was described by the witnesses at the bar as a “disgruntled customer”.

Olathe Police said the FBI will investigate if it’s proven that the shooting was a result of a hate crime.