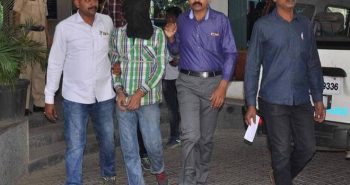 In Pune a 25-year-old  software engineer ,Infosys employee  was found dead on the IT major’s campus in Hinjewadi’s IT Park on Sunday.  She was strangled to death.  The city is witnessing the second murder of a woman software professional in a month.  In December  2016 another employee of Capegemini,Antara Das was killed outside her office in Talawade.  On Monday morning the prime suspect in the killing of Rasila Raju was held at Mumbai.  The murderer is a security guard at Infosys Pune.  He is Bhaken Sikiyta,26,an Assamese.  He was charged under IPC Section 302 in Pune.   He was produced in court and remanded in police custody till February 4.    The murderer was on his way to Mumbai to board a Guwahati  bound train .  Rasila is a keralite and is an Infosys Pune employee since2015.  The arguments between Rasila and the accused over alleged misbehaviour by the latter could probably have led to the crime.  Saikiya  was deputed at Infosys six months ago and before that he worked with a private security firm.  A background check at the time had shown no previous  criminal record ,Rasila had reportedly warned him that she would complain to his superiors  about his behaviour.  The body of a woman  was reported on the 9th floor of the conference room building and teams from Hinjewadi police station reached Infosys around 9 p.m.  The victim’s face especially the lower part was strangulated  with a computer cable and it sustained serious injuries.  Police said the accused was the only one with the access to the room where she was working.  She worked on a 2 p.m. to 11 p.m. shift on Sundays.  Her family is on the way from Kerala after which postmortem will be conducted.