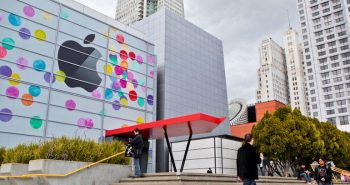 Apple Inc confirmed on Wednesday its plans to invest $1 billion (roughly Rs. 6,790 crores) in a tech fund being set up by Japan’s SoftBank Group Corp.

Soft Bank has said it is investing at least $25 billion (roughly Rs. 1,69,780 crores) in the fund and has been in talks with Saudi Arabia’s Public Investment Fund for an investment that could be as much as $45 billion over a five-year period.

“We’ve worked closely with SoftBank for many years and we believe their new fund will speed the development of technologies which may be strategically important to Apple,” said Apple spokeswoman Kristin Huguet.