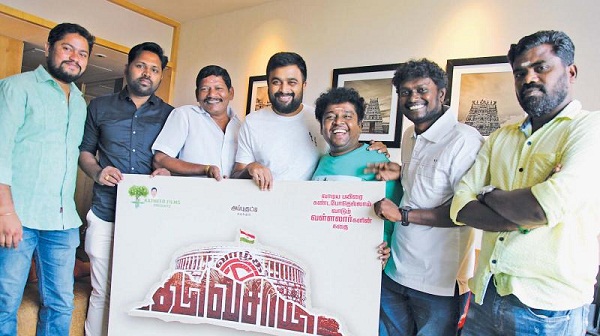 Debut filmmaker Ponni Mohan is the latest to make a film on the topical issue of the plight of farmers in Tamil Nadu. Titled Vaazhga Vivasayi, the movie has national award-winning actor Appukutty, in the lead as a farmer. Vasundhra, Muthuraman, Kalki and Madurai Saroja are in the supporting cast.

The movie deals with the plight of farmers in Tamil Nadu. It talks about the hardships faced by farmers grappling with severe water scarcity and the resulting perils due to the drought situation.

On choosing Appukutty, he says, “He gets into the skin of the character and brings lot of authenticity to the role he plays.” Vasundhra will be portraying a de-glam role of farmer’s wife.