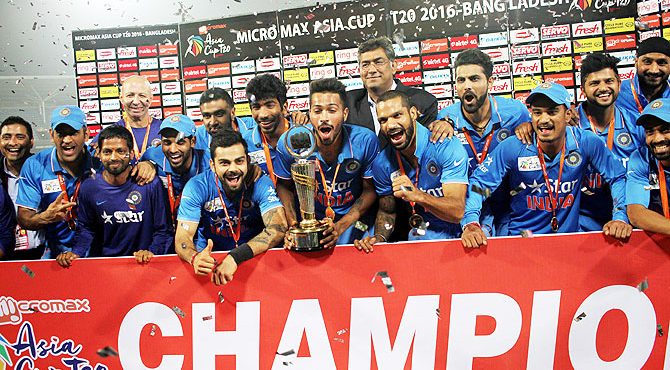 Bangladesh began well in the Asia Cup 2018 final after skipper Rohit Sharma won the toss and elected to bowl first on Friday. But India ended up defeating Bangladesh by three wickets in a thrilling final.

While Bangladesh made it to the final for the third time in the last four editions, defending champions India secured the title for the record seventh time.India already had the highest record at the tournament with six titles and extended it on Friday with another title.

India made five changes to the side that tied their last Super Four match against Afghanistan. Sharma, Shikhar Dhawan, Bhuvneshwar Kumar, Jasprit Bumrah and Yuzvendra Chahal were rested for that match but all are back in the final clash.