Asia Cup,Super 4: what a thrilling match! 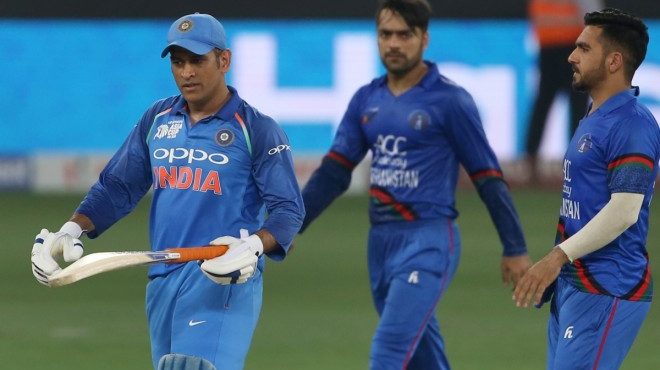 Earlier, Mohammad Shahzad slammed the most significant hundred of his career to take Afghanistan to 252 for eight, lightening up the dead ‘Super Four’ rubber. While the other batsmen struggled, it seemed the unconventional Shahzad was batting on a different surface, hammering 11 fours and as many as seven sixes.

The other Indian players rested for the game were captain Rohit Sharma and his opening partner Shikhar Dhawan. Lokesh Rahul and Manish Pandey replaced them in the eleven and as fate would have it, Dhoni stepped on the field to captain India for the 200th time.The undisputed star of the evening was wicket-keeper batsman Shahzad, who was no short of inspiration in the middle with his role model M S Dhoni standing behind the stumps.