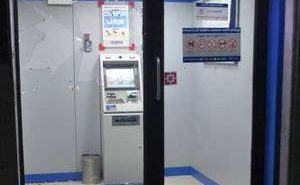 On Thursday night in Tirunelveli near  Shencottai  there was a clash between a section of  Hindus and Muslims.  It was when the Vinayaka idol was taken along the street where the muslims lived in large numbers.  It was reported stating it is the usual route to this annual procession .On Friday Sep 14 police and revenue officials have planned to organise a peace meeting between  representatives of both  the communities to find an amicable solution to the issue. The incident took place when a group of Hindus including good number of women  took the Vinayaka idol in a cargo auto with band in procession via Shencottai West Periya Pallivaasal Street around 9 p.m. to be installed in front of Vandimarichamman Temple as part of Vinayaka chathurthi celebrations, a section of Muslims, mostly youths, opposed it saying that the idol should be taken via a nearby alternative route. In the presence of police, rallyists argued that the same route was taken every year. Eight persons including three police personnel were injured when suddenly stones and empty liquor bottles were pelted in the clash.Miscreants also damaged two shops and an ATM. Hindus and Muslims blamed the inadequate police force as the reason for the clash.  “At least ten policemen would be deployed along Periya Pallivaasal Street every year when the statues are taken in procession. The rally would be peaceful. But this year, only two women police constables had been stationed on the street that led to the problem,” they alleged. Deputy Inspector General of Police, Tirunelveli Range, Kapil Kumar Saratkar and Superintendent of Police P Ve Arunshakthikumar, arrived at the spot during midnight and held talks with the groups. In Shencottai after the clash around 500 policemen have been deployed.