Atlee’s next pit-stop is Rajasthan 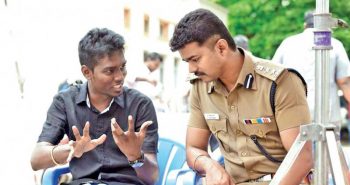 After wrapping up two schedules in Chennai, the team of Vijay 61 headed by Atlee is on a break. This untitled film has Baahubali fame Vijayendra Prasad working on the story. The film boasts an ensemble cast of Vijay, Samantha, Kajal Aggarwal, Nithya Menen, Sathyaraj, SJ Suryah, ‘Kovai’ Sarala and Sathyan.

It was earlier reported that the team is likely to travel to the US and UK to shoot major portions of the film. According to latest developments, a source in the know tells us that the team will head to Rajasthan to shoot few important sequences before the foreign schedule. The team of Vijay 61 is now busy obtaining visas for their schedule overseas.

Also, the source tells us that Kajal Aggarwal and Samantha would join the sets later during the shoots in the US and UK. The plot of Vijay 61 deals with a social issue — and Vijay and Kajal Aggarwal meet at a professional setup. The technical crew of Vijay 61 includes composer AR Rahman, cinematographer GK Vishnu and editor Antony Ruben as part of their team.