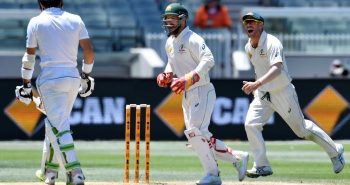 A rampant Australia beat Pakistan by an innings and 18 runs in the second Test at the Melbourne Cricket Ground to clinch the three-Test series 2-0 on Friday.

Mitchell Starc capped off a big-hitting 84 off 91 balls to take four wickets to help remove Pakistan and pull off a final day victory.

Captain Azhar Ali and wicket-keeper batsman Sarfraz Ahmed were the top scorer for Pakistan with both scored 43 each.